In 2013, Chris Kunzelman and his wife bought a house in Maui’s remote Kahakuloa village despite being warned that neighborhood residents “do not like white people.”

Every time a non-Native Hawaiian had tried to view the house, Hawaiian residents from the deeply rooted village of approximately 150 people harassed and threatened them, scaring other potential buyers of the foreclosed property away, according to court documents.

But for Kunzelman, who wanted to help his sick wife realize her dream to live in Hawaii, the opportunity to own a four-bedroom fixer-upper on the bay for $171,000 couldn’t be beat. The couple bought it sight unseen.

Kunzelman and his wife never spent a night in their Maui home.

Kunzelman was brutally assaulted in a “racially motivated” attack as he attempted to move belongings into the house on Feb. 13, 2014, according to an indictment by a federal grand jury in Honolulu that was announced last week. 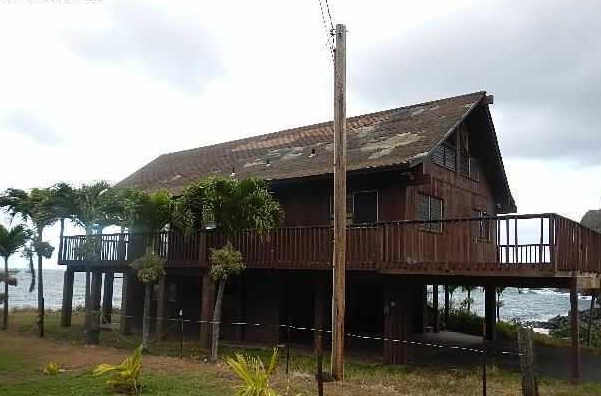 Property owner Chris Kunzelman was violently assaulted by two Native Hawaiian men who forced him out of his home in a remote Maui village in 2014 because of the color of his skin, according to new federal hate crime charges.

The FBI investigation comes nearly seven years after the state pursued its own drawn-out case against Levi Aki Jr., 32, and Kaulana Alo Kaonohi, 31, both Native Hawaiians from the Valley Isle.

The state did not bring hate crime charges against the defendants, focusing instead on assault allegations that ended with plea agreements in 2019.

On Tuesday, Aki and Kaonohi pleaded not guilty to the new federal charge that the attack at their hands years ago was fueled by racial hatred.

The defendants, who face a maximum penalty of 10 years imprisonment, were detained without bail at the Honolulu Federal Detention Center. A trial date has been set for March.

The case marks the first time in 20 years that hate crime charges have been brought by the U.S. Attorney’s Office for the District of Hawaii, said U.S. Attorney Kenji Price.

“My office brought this prosecution because there is a substantial federal interest in vindicating the rights of the victims of hate crime,” Price told Civil Beat in an emailed statement. “It is my hope that it sends a strong message to those who seek to victimize others because of their actual or perceived race or color.”

In Hawaii, crimes motivated by race, religion, sexual orientation and other biases are subject to an enhanced penalty. But the state investigates an astonishingly low average of fewer than two hate crimes per year.

Legal experts say pursuing a hate crime charge can jeopardize a case because it increases the prosecutorial burden to prove not only that a crime occurred and by whom — but why.

Federal authorities say a plethora of evidence shows that the defendants committed a hate crime when they punched, kicked and beat Kunzelman with a shovel, knocking him unconscious and breaking several ribs.

Some of the assault — during which one of the defendants told Kunzelman his skin is the wrong color for the neighborhood — was caught on a security camera.

A previous confrontation between several neighbors and Kunzelman also was recorded on a cell phone and depicts villagers threatening him not to return to Kahakuloa, “a Hawaiian village” where “the only thing coming in from the outside is the electricity,” according to court documents.

The state dismissed the remaining charges against the defendants and a judge sentenced them to a period of probation.

At their sentencings in 2019, Aki and Kaonohi apologized to Kunzelman. Aki said what he did was wrong. Kaonohi, a new father, said he had matured and adopted a new mentality in the five years since the crime took place.

Kunzelman has said in news interviews that the punishment was too lenient. He also criticized the Maui Police Department’s handling of the investigation, claiming that a local police officer at the time disregarded his insistence that the attack was a hate crime.

“The police officer refused to write down anything about race, nothing,” Kunzelman told the broadcast station KHON2 in 2019. “He was uninterested in writing anything down about it being a hate crime.”

Conflict over land ownership in Hawaii has been a longstanding problem. Traditional systems of land tenure sometimes clash with the contemporary system, as was the case when Facebook CEO Mark Zuckerberg tried to acquire kuleana land parcels held by Hawaiian families after he bought a 700-acre estate on Kauai. Zuckerberg later abandoned the widely criticized litigation.

Located 45 minutes by car from Kahului Airport, Kahakuloa village is in a valley almost exclusively inhabited by Hawaiian families who have lived there for generations. Many of the families are related and consider their homes as ancestral lands tied to their lineage.

The FBI defines hate crimes as driven by bias based on a person’s race, ethnicity, religion, sexual orientation, gender, gender identity or disability. 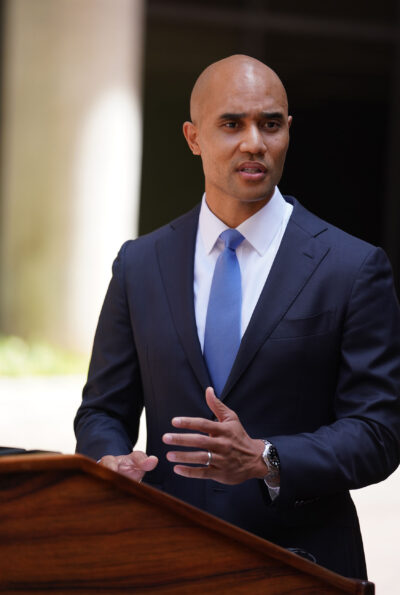 Kenji Price, U.S. Attorney for the District of Hawaii, said the hate crime charges against Aki and Kaonohi are the first brought by his office in the last two decades.

Almost 49% of racially motivated hate crimes targeted Blacks, followed by 16% against whites, according to the 2019 FBI data.

The FBI’s annual report provides the most thorough snapshot of hate-fueled crime in America, but it is hardly complete.

That’s because the FBI depends on more than 15,000 local law enforcement agencies to voluntarily report the number of hate crimes handled annually.

All told, 86% of participating agencies did not report a single hate crime to the bureau in 2019.

That doesn’t mean that these crimes aren’t happening.

Experts say hate crimes are underreported, especially in marginalized communities where the victims may not have positive relationships with the police.

Hate crimes that do get reported are rarely prosecuted as such. Legal experts say this is in part because additional investigative resources are needed to prove that a crime was compelled by hatred.

Even if the defendant shouts racial slurs while carrying out the crime, it doesn’t necessarily mean that racism was the motive, Gerstenfeld said.

“People get angry and say all sorts of things,” Gerstenfeld said. “And people often act under mixed motives.”

In the Maui case, Aki and Kaonohi robbed the victim during the assault and took possession of his house, according to court documents. It could be argued, Gerstenfeld said, that the defendants acted on a desire to obtain money and valuables.

The state’s annual hate crime report places some of the responsibility for hate crime prosecutions on local police departments.

“The prosecutors’ ability to make determinations of the intent behind possible hate crimes is dependent upon receiving good preliminary information from the police,” the report reads. “In the Hawaii program, it is the police departments’ responsibility to ensure that ‘suspected hate crime’ information, when applicable, is clearly and consistently included in their incident reports.”

When state prosecution of a hate crime fails to materialize, federal hate crime charges can be brought against anyone who injures, intimidates or interferes with another person because of race, color, religion or national origin.

In states like Hawaii with very few hate crime investigations, the federal government may step in with the advantage of experience in prosecuting such cases, Gerstenfeld said.

Maui Deputy Prosecutor Michael Kagami said federal authorities contacted him after Kaonohi and Aki’s 2019 sentencings and asked for his case files, but he said he does not know what triggered the FBI’s interest in the case.

Kagami, who took on the case years after charges were filed, said he does not know if hate crime charges were ever considered by the state.

The FBI investigation outlines a pattern of unprovoked violence, starting with the February 2014 attack at Kahakuloa village.

Months later, Kaonohi was arrested for attacking a white man at the Steel House Saloon in Wailuku, according to court documents.

Surveillance footage of the July 2014 bar assault shows the defendant approaching the victim at the bar, tapping him on the shoulder and then, when the victim turns his head, knocking him to the floor with a punch to the face. Court documents allege that Kaonohi then punched the victim repeatedly, knocking him unconscious and causing permanent brain damage.

Witness accounts and surveillance footage indicate that Kaonohi and the victim had no interactions at the bar preceding the attack.

In July 2018, Kaonohi pleaded no contest to felony assault in connection to the Steel Horse Saloon attack. He was sentenced to one year in prison, but his sentence was modified to permit him to serve time only on weekends.

Searching is in progress